Confrontation – A Painful Process and an Opportunity for Healing 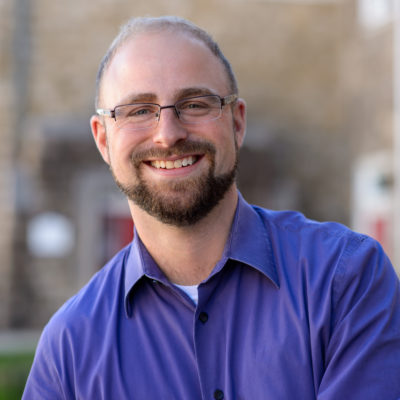 Alright – simple question. Who loves confrontation? Anyone? No? Hmm. Yeah, I still haven’t met anyone who enjoys it. I’ve met plenty of people who have done it, and do it often. Doing it and enjoying confrontation are very different. Confronting someone can be painful – not just for the person being confronted, but the person having to confront.

In seminary I had to take a class on conflict management. It was a challenging class. It wasn’t the academics that I found particularly challenging, but the demons it forced me to face. All my life I considered myself a people pleaser. I avoided conflict like the plague. I didn’t want to rock the boat or cause anyone to not like me. In an attempt to conceal any frustration or anger – I internalized everything until I would unload. It wasn’t healthy.

Conflict in the Church

Anytime you work with people there’s the possibility conflict will arise. The church is no exception. Faithful people will do things, even with the best of intentions, that could end up hurting another person. There will be times in which there are painful disagreements that crop up and as pastors (and people in general) we need to be able to navigate the challenging waters of conflict in hopes that relationships can be restored.

What the Bible Says

The Bible has a lot of examples of how best to deal with conflict. Matthew 18 says that if another member of the church sins against you, go and point out the fault when the two of you are alone. If the member listens to you, you have regained that one. But if you are not listened to, take one or two others along with you so that everything may be confirmed by the evidence of two or three witnesses. If the person still refuses to listen, tell it to the church…” YIKES. Everything Jesus said is TOUGH. It isn’t fun. But the hope is that you regain that person – that there is restoration and even sanctification (the process of becoming more holy and how God calls us to be.)

2 Samuel 12 also focuses on how to confront someone. The prophet Nathan is told what King David had done (had a man killed so that he could cover up his affair).  Nathan then goes to King David and tells a story of two men, one rich and one poor. The rich man had a lot of flocks and herds but the poor man had one little lamb. Then a traveler came to the rich man and he didn’t want to take from his flock, so he took the poor man’s lamb and prepared it for his guest. David was angry and said to Nathan, the man who did this deserves to die, he shall restore the lamb fourfold, because he did this thing and had no pity. That’s when Nathan proverbially smacks David upside the head. Nathan said, “YOU ARE THE MAN!”

Confrontation is hard. It’s messy. It’s not fun, but it is necessary. Even healthy. When we confront or are confronted we have the opportunity for healing and for growth. When we confronted and repent (like David did after he was exposed) it allows for us to be restored. As much as we want to avoid confronting another person and sweep it under the rug – the reality is it does a disservice to you and to the person.

Confrontation must always be done in love, not in anger or frustration. When it’s done in love, it allows for healing to take place that wouldn’t otherwise be possible. It allows for the possibility of someone to grow and mature.

No one is perfect, at someone point everyone in your life will mess up. When it happens, I pray you confront them in love so that they might be able to repent and the relationship be restored. Don’t try and sweep it under the rug or ignore it in hopes that it will go away. Chances are it won’t. Instead, pray about how to lovingly bring it up in hopes that the relationship may be restored.